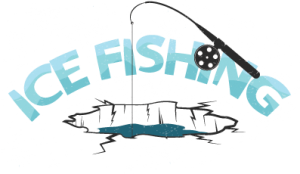 Saginaw Bay conditions have not changed much. At best, anglers could only get out a couple hundred yards in most places. Catch rates have been very slow at Pinconning Park, and no fish were caught at the Linwood Marina. A fair number of anglers were at Finn Road, but no one caught a fish worth keeping. At Vanderbilt Park, the ice was not thick enough about 200 yards out, and that is where the fish are this time of year. On the east side, ice conditions vary greatly, as there were areas of open water and others that just froze over in the last few days. Anglers need to use extreme caution. Catch rates were poor, with only a handful of small perch caught and released.

Saginaw River conditions have not improved much over the past week, as conditions remain less than ideal for ice or open-water fishing. The boat ramps are iced-in, not usable at this point. A few small perch were caught at the mouth at the yacht club.

Tittabawassee River conditions here have also not changed over the last week, as ice jams and iced-in boat launches prevent anglers from getting out. Overall, the action has been very slow.

Au Gres Area a lot of anglers were fishing inside Eagle Bay Marina. Pike were caught on tip-ups while bluegill and crappie were hitting wax worms. It was busy between the Pine River and Sagatoo Road. A lot of the shelf ice blew out, but there was still some shore ice hanging on. A few nice perch were taken, but anglers had to sort through a lot of small ones for a few keepers.

Au Gres River had a few anglers; however, the ice was only a few inches thick and extreme caution needs to be used. The walleye caught were sub-legal.

Outer Saginaw Bay
Tawas Area Ice anglers going out from the access road near Jerry’s Marina caught some lake trout when jigging spoons in 8 to 12 feet. Walleye were caught in the same area when using a jig tipped with a minnow and spoons; however, many were sub-legal. Boat anglers in the bay caught walleye and lake trout when casting plastics near the edge of the forming ice.

When anglers think of Lake St. Clair, they often think of bass or muskellunge fishing – but during the winter months, many think of it as a yellow perch destination!

There are a few techniques to target fish on the lake, including staying on the move and focusing on areas where the perch are most likely to be found. Perch on Lake St. Clair often will hang out on the vast, shallow flats as they look for smaller fish to prey on. Since structure is limited during the winter months, they’ll use the shade of the ice cover to fill in that role. Fishing these areas can often offer anglers great success with large-size fish!

Want even more tips for fishing yellow perch – and not just on Lake St. Clair? Visit the yellow perch page on the DNR website.