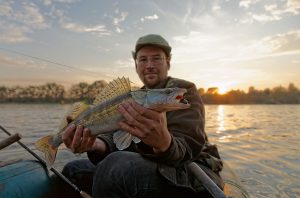 Saginaw Bay had excellent walleye fishing when the wind stops blowing and boats can get out. Good catches were reported off Gambil’s Marina near Pinconning in 23 feet, and around the Old Dumping Grounds. Excellent fishing was reported in the Slot from Quanicassee to Sebewaing and near the weed beds in Wildfowl Bay. Most have switched over to crawler harnesses, but a few are doing well on spoons, Flicker-Shad, and other assorted crankbaits. At Caseville, walleye anglers were exploring the waters around the Charity Islands and along the reefs between Caseville and Port Austin.

Au Gres Area of Saginaw Bay had excellent #walleyefishing with lots of limit catches taken. Many were fishing straight off the river mouth in 25 to 30 feet, off Eagle Bay Marina and south towards Pinconning in eight to 22 feet. Big yellow perch and pike were also caught.

Tawas Area walleye were caught off Jerry’s Marina and out near Buoy #2 in 60 feet however success in Tawas Bay was spotty.

Check out the following steps: