Saginaw Bay fair to good perch reports in 10 to 15 feet around the Saganing Bar and the Pinconning Bar but anglers were doing a lot of sorting. Fish were caught west of Buoy 16 and the Spark Plug, off Linwood in 14 feet, near the sailboat buoys off Linwood and in eight to 10 feet and near the mouth of the Quanicassee River. On any given day, you may have to move around to find an active school of fish. Boats were staying out several hours. A few walleye were caught in seven feet off the Hot Pond and by those trolling Hot-n-Tots behind Spoils Island. Channel catfish were caught in the Hot Pond and smallmouth bass were taken in the marina basins at the mouth of the Saginaw River.

Au Gres Area perch fishing was spotty but some large fish 11 to 12 inches were caught. One hot spot was straight off the mouth of the river in 40 to 50 feet however boat anglers heading out of Eagle Bay Marina and fishing off the Saganing Bar did a little better. A few bass anglers fishing in 10 to 15 feet off the mouth of the river caught and released a good number rather large smallmouth bass.

Au Gres River a couple steelhead were caught by those floating spawn bags at the Singing Bridge but catch rates were still pretty slow.

Oscoda salmon are starting to show up at the pier and the fish are fresh from the lake. Spoons, stick baits, flies and spawn are working well. Steelhead are also coming in and were caught from the pier, in the river and just outside the piers. Those trolling on the lake are using spoons. Walleye were caught off the pier.

Au Sable River is producing some steelhead and walleye. Anglers are casting body baits or drifting crawlers. Anglers reported a good number of trout on the South Branch.

Port Austin a few walleye were caught on spoons in 55 feet around the lighthouse and the Green Can. A few bass and perch were taken inside the harbor.

Tawas Area pier fishing was slow with only a few smallmouth bass and small perch taken. Some perch were caught in 15 to 20 feet off Jerry’s Marina but catch rates were still hit-or-miss and anglers had to do a lot of sorting.

Tawas River is giving up a few salmon in the early morning. 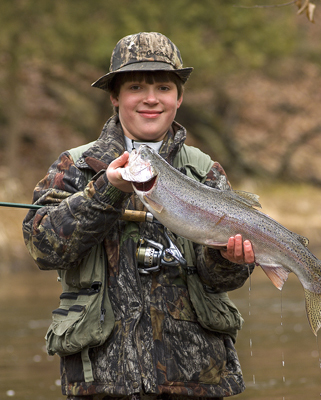 Walleye are thought to be in their best condition in the fall, and can often be found in the river mouth areas of larger, inland lakes. They’re gathering there to take advantage of baitfish that like to hang out as the weather cools off. Set your sights on 10 to 12 feet deep to find these guys.

Perch will also populate around those same river-mouths, but these fish will likely be much closer to the river than walleyes. Check out depths as shallow as four feet to find them.

Trout will be available in those larger lakes as well during this time period, and can be found in the same areas as the walleye and perch.

Try your luck at some great angling this fall. For more information on the numerous opportunities to fish in Michigan, visit www.michigan.gov/fishing